How families read together

I did this interview, or “bibliotherapy” session, a few years ago with my friend Ella Berthoud.

She first started thinking about bibliotherapy with Susan Elderkin when they were at Cambridge together.

Over several years they prescribed literature to their friends and family, while Ella worked as an artist and Susan wrote her own novels.

They have since written a book together.

But before you go, please leave a comment below.

What’s one thing you got from watching me talk about reading in my family? What opportunity does it give YOU?

Go ahead. I’d love to hear what you think… 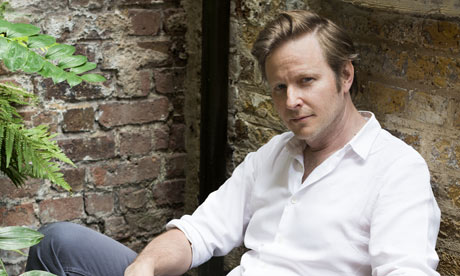 Two years ago, Joakim Blockstrom began to think about heirlooms. “Not about my own inheritance,” says the photographer and father of five. “But how most things these days are mass produced, so that when the time comes, what will we have to hand on?”

He asked friends if he could photograph special objects they’d inherited, and stories came flooding out. Afterwards, people thanked him for giving them the chance to think deeply about something – and someone – they had taken for granted. “I gave people an opportunity to reconnect with their feelings about people they had known. The exercise shines a light on a particular member of the family. Quite often they would say something like, “I have never really thought about my grandfather like that before.”

Not long ago, Molly Hatch was visiting one of her aunts for a family gathering. “I explored her home for the first time, room by room, and when I found myself in her living room I suddenly had the feeling of being at home.

“I knew the objects here, because most of them had been my grandmother’s before she passed away. There were French tobacco lamps on her side tables, a chest, a plate …”

Hatch was gripped: determined to discover more about her family, by understanding the objects from its past.

Our so-called Masterclass at The Guardian – the first ever time I worked alongside Harriet at a LIVE event with an audience – passed without evil or harm this evening.

(Well, Harriet did stick her tongue out at me, before we started – but I interpreted this as a characteristically odd form of encouragement.)

It’s fair to say there has been dread, as well as excitement, in our house as the date approached – so phew! and indeed hurrah! that so many people came, and so many people said they liked it.

To begin, Harriet did a cracking job talking through various issues of the Guardian’s Family section, which she edits – and describing the pitfalls that writers have to negotiate if they are to turn their family story into something gripping or otherwise moving.

Then I talked about things I’ve learned about creativity, and how we might get back in touch with it, which I have taught for several years in various other venues.

And after that relatively short preamble participants got stuck into doing some exercises from our book. This picture shows one participant (anonymous by choice) holding up documentary evidence of The Night Of The Great Pea Fight, a notorious incident (she says) that took place in her youth.